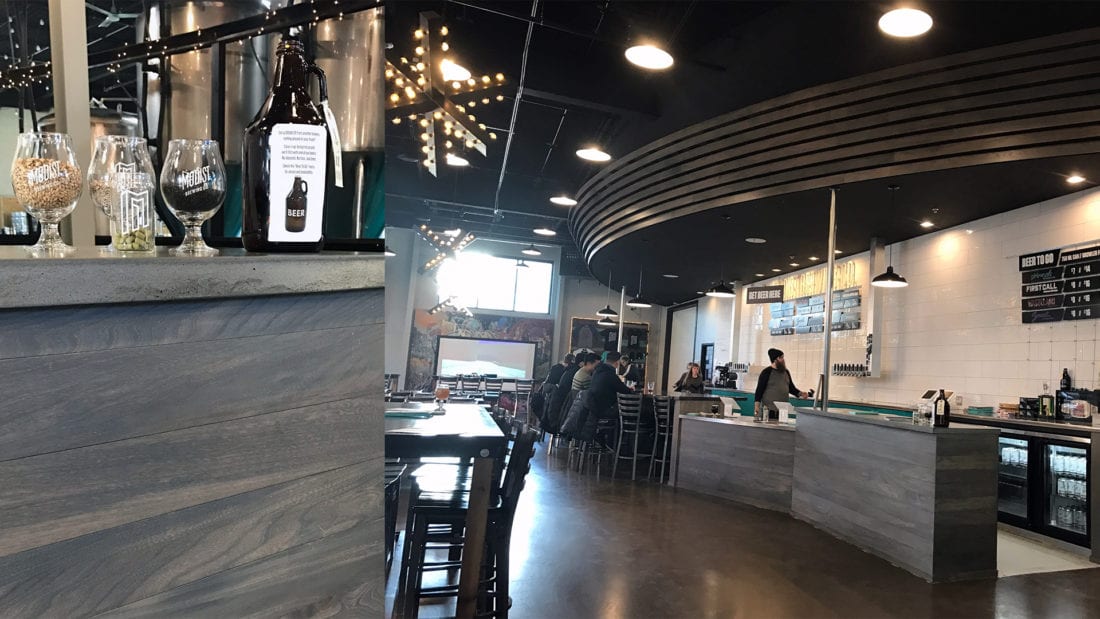 Since the “Surly Bill” was passed in 2011 allowing breweries to serve pints of their own beer on-site more than 50 taprooms have opened across that state of Minnesota.

“Twin Cities craft breweries have grown their operations to nearly 481,000 square feet in the last five years…according to a new market study from CBRE that tallied up the office, manufacturing and retail space occupied by the 45 microbreweries with taprooms in the Minneapolis-St. Paul area…that’s about 1/3 the size of US Bank Stadium…” – Minneapolis / St. Paul Business Journal.

Summit Brewery is the second largest craft brewery in the state as well as the oldest craft brewery in the Twin Cities. We have worked with Summit for a number of years on many small projects so when it came time for them to expand into another building they contacted us for help with a bar they wanted for a training room. This bar was to be used for training area sales reps as well as management teams from various accounts, also this would be used for special functions. Summit wanted something traditional in appearance but locally sourced since they pride themselves on using as many locally sourced ingredients as possible. The bar top is the most unique piece of the bar, at over 26′ long it is comprised of 1/4″ thick strips of wood using 10 different species and required close to 2,000 individual strips of wood to fabricate. The bar also includes various architectural elements and a custom etched mirror on the back bar with the Summit logo etched into it. See all portfolio images for Summit Brewery

Surly Brewing Co. is the progressive brewery noted above that is responsible for spear heading the law that allowed breweries to serve beer via taprooms, inside the brewery. We worked with Linda and Todd Haug to design taproom furniture that would create a beer hall feel similar to the beer halls found in Germany. Using American elm for all the table tops and steel for all the table bases we created seating in a communal setting where people can enjoy great beer and feast on great food made mostly with locally sourced ingredients. In conjunction with the beer hall we also designed and fabricated all the displays for the gift shop and a grouping of tables and benches for the beer garden outside.  See all portfolio images for Surly Brewing Co.

Dangerous Man Brewing Co. is a local destination brewery and the only place you can purchase their beer is by going to their brewery. Aside from using a local reclaimed tree as Millwork for their growler bar we were also able to incorporate some live edge slabs from the owners tree that grew in the backyard at their house. Locally made beer pairs well with locally made lumber.  See all Portfolio images for Dangerous Man Brewing Co.

Modist Brewing Co. worked with us to design and build their bar and bar back, using a mix of materials including steel, concrete and American Elm we created an eclectic design that fits the industrial warehouse they operate out of. They produce unique styles of beer and wanted a unique atmosphere made from local materials for their customers to enjoy the one of a kind beer they make. See all portfolio images for Modist Brewing Co. 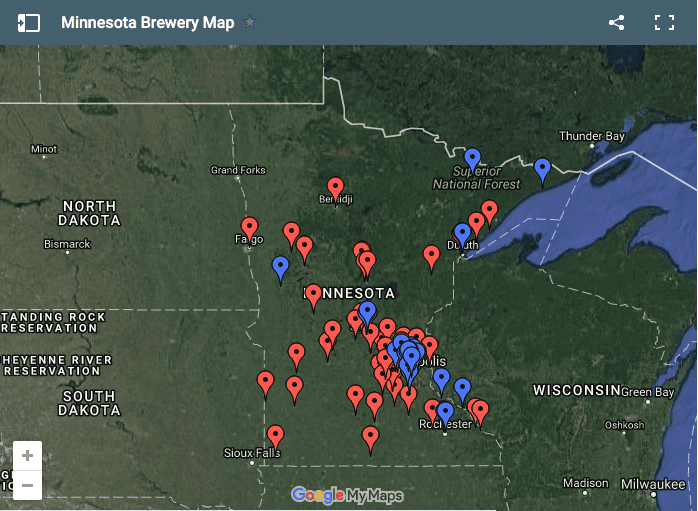